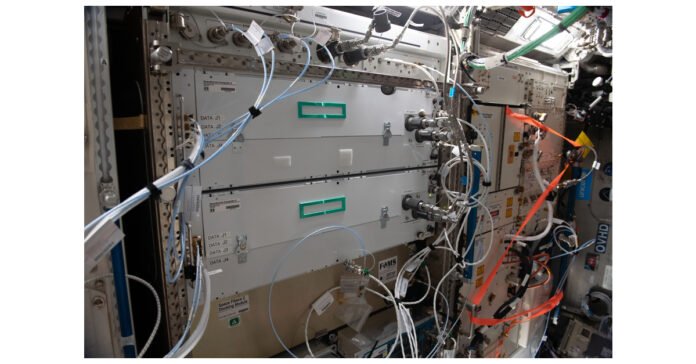 “By introducing edge computing and AI capabilities to the International Space Station with Spaceborne Computer-2, we have helped foster a growing, collaborative research community that shares a common goal to make scientific and engineering breakthroughs that benefit humankind, on space and here on Earth,” said Dr. Mark Fernandez, principal investigator, Spaceborne Computer-2, at HPE. “We are proud of this ongoing work, which has already resulted in 24 completed experiments, from various organizations, demonstrating new possibilities for space exploration and milestones for humanity.”

HPE launched Spaceborne Computer-2, in collaboration with the ISS National Laboratory, to space in February 2021 and was installed on the ISS in May 2021. The solution is comprised of HPE’s edge computing solutions, the HPE Edgeline Converged EL4000 Edge system, which provides a rugged and compact system designed to perform in harsher edge environments, such as space, and the HPE ProLiant DL360 server, a trusted, industry-standard server, for additional high-performing capabilities to target a range of workloads, including edge, HPC, AI, etc.

SBC-2 is part of a greater mission to significantly advance computing and reduce dependence on communications as humans travel farther into space to the Moon, Mars and beyond. The solution also demonstrates potential ways astronauts can increase self-sufficiency when processing data directly on the space station, in real-time, bypassing longer latency and wait times that occur when relying on sending raw data to Earth to be processed, analyzed, and sent back to space.

The edge computing capabilities delivered through SBC-2 also have the potential to enable astronauts and space explorers to send data to Earth, whether to be further analyzed or used in another way, at a radically compressed size and faster speed. Previously, 1.8 GB of raw DNA sequence data took an average time of 12.2 hours just to download to Earth for initial processing. With SBC-2, researchers onboard the space station processed that same data in six minutes to gather meaningful insights, compressed it to 92 KB and sent it to Earth in just two seconds, representing a 20,000X speed-up.1

Since its installment on the ISS, Spaceborne Computer-2 ran dozens of experiments by processing data at the edge, in real-time, for researchers with organizations developing breakthrough capabilities for space exploration such as Axiom Space, Cornell University, Comucore, Microsoft, NASA and Titan Space Technologies. Example experiments include:

HPE is exhibiting at the annual 37th Space Symposium conference in Colorado Springs, Colorado, at booth #1457

HPE, NASA and Microsoft will demo the AI Hand Glove experiment at the HPE booth during the conference.

To learn more about Spaceborne Computer-2 and how to submit a proposal to use the system, please visit: www.hpe.com/info/spaceborne