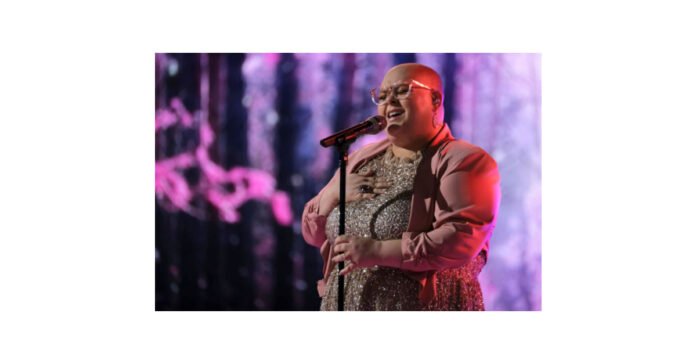 BEIJING–(BUSINESS WIRE)–StarMaker is beginning to solicit user stories from all over the world. Those users who have achieved their dreams in StarMaker can be selected.

Since March, StarMaker has sent invitations to some users to provide their own stories. These stories will be promoted on StarMaker and will increase the visibility of the performers. The app can be downloaded from all major app stores.

StarMaker helps people to showcase their singing talent on the platform. The app collaborates with various brands and recording artists to help users create and share their talent by making duet videos. In February 2022, StarMaker topped the download charts in several countries, such as Thailand, the Philippines and other countries.

The story of Holly Forbes is one of the user stories collected. Holly Forbes is a StarMaker user and a singer. She joined choir in middle school, around the same time she started having medical issues and ended up losing her hair.

She often felt self-conscious because of her appearance, but luckily music restored her self-confidence. At that time, she listened to music and sang repeatedly in her room. With her excellent sense of music and voice, she strengthened her confidence.

What makes her go further in her music dream is StarMaker, a world-renowned music social platform.

In July 2020, Holly Forbes registered in StarMaker and started her singing journey on this music social platform. And then, she decided to audition for “The Voice” because she loved the idea of a show that looks past someone’s appearance for their talent. For her Blind Audition, she got a four-chair turn.

Her talent is amazing. “I just want to be myself and let the world know what kind of musician I am,” Holly Forbes said in an interview after a performance. “From choosing songs to presenting yourself, an artist should be true to himself.”

On Holly Forbes’s way to realize her music dream, the “family” gave her strength. She exchanged singing skills with her StarMaker family members and improved herself.

Holly Forbes is just one of many stars who grew up from using StarMaker. This app makes opportunities for all the singers, and provides partners with new ways to promote new songs.

StarMaker is a popular singing app and music community with 50M+ users globally, sing karaoke songs and to be a Supernova through music now.