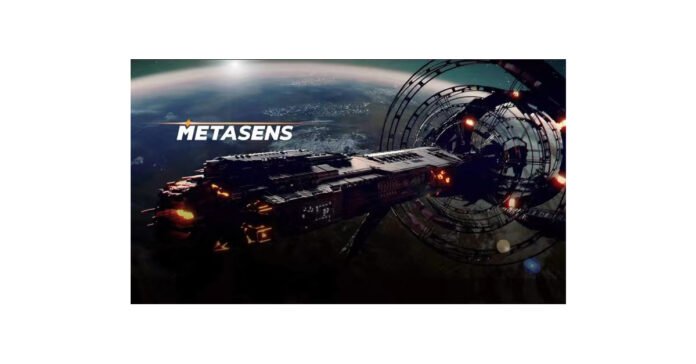 NEW YORK–(BUSINESS WIRE)–NFT is currently exploding. While project leads are scrambling to create a blueprint of their NFT dream, a project team in Asia took just four months to launch a platform, build a marketplace, make two blockchain games and list two cryptos on exchanges. One of the cryptos is “MSU”, whose value went up by 1,000% after getting listed.

METASENS is a metaverse project led by a Hong Kong listco Imperium Technology Group and aims to provide an open GameFi platform and build a Universal Amusement Park together with global players and communities. Every planet in this metaverse is an independent game IP. METASENS could feature infinite planets and game IPs, as it should be.

METASENS is also working on a major project called “Holosens,” which is a Sandbox-style open world for players to edit 3D models in high resolution. Players can join Holosens and conduct land trades.

After integrating operations and R&D personnel from Hong Kong, Taiwan, and Singapore, METASENS launched a GameFi platform and an NFT marketplace in just two months.

As for its first game, MetaSnake’s game demo attracted more than 30,000 players from over ten countries, including the United States, Spain, Germany, Thailand and Vietnam, and the Philippines. All these were done in just four months.

Terry Yeung, METASENS Founder and Executive Director of Imperium Technology Group, said: “The key to these achievements is our team’s shared vision.”

Having applied himself to the Blockchain and startup field for years, Terry Yeung cultivated a tight and profound relationship with his teammates. Then when “metaverse” became the rage, he led the world-class R&D and operations teams to seize the initiative and take it by storm. This portfolio of work certainly has a knock-on effect on their tokens’ value.

MSU is METASENS’s governance token, holders can take part in METASENS decision-making and voting. Most activities in METASENS require MSUs to proceed. With more gaming planets being created, a METASENS economic ecosystem will emerge.

MSU’s global debut was featured on the renowned AAX exchange on March 4. The token value went by over 1,000% on the first day of listing from 0.25 USDT to nearly 3 USDT. The trading volume of MSU exceeded US$60 million in the first week.

Give it to the Gameplay, not the VCs

“There are no VCs in METASENS,” said Terry Yeung.

“METASENS is a project wholly owned by Imperium Technology Group, whose financial backing fueled the project with exceptional decision-making and collaborating capacities in the early stage. This has allowed us to focus fully on what we truly care about, the gameplay and the community.”

“In Q2, we will launch our second game, Peta Rush, and deliver some incredible perks and surprises.” Terry Yeung replied.