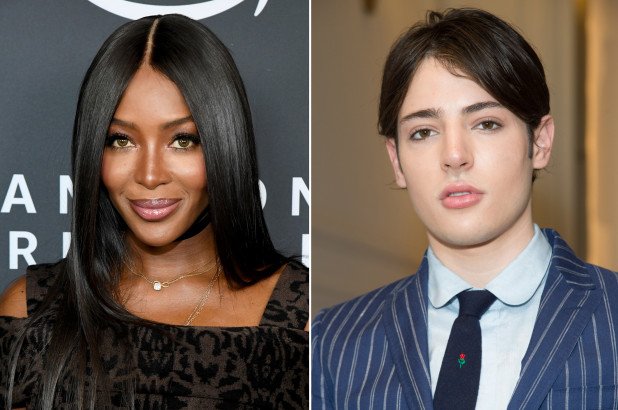 Naomi Campbell wrote a touching tribute on social media to Harry Brant, the son of her fellow supermodel Stephanie Seymour after he died of an accidental drug overdose on Sunday at the age of 24.

“It’s taken me a few days to get my head around this to digest the fact my beautiful godson Harry Brant has gone to the spiritual world,” she wrote.

“Since you were a baby, you had this innate magical joy, that you bought [sic] to all who was around you,” she said.

Campbell and Brant’s mom, Stephanie Seymour were a part of an exclusive group of elite supermodels during the 1980s and 1990s. Campbell was also among Seymour’s bridesmaids during her wedding in 1995.

Naomi Campbell recalled Harry causing the stir within the fashion world when he was still a kid.

“I would take you to my meetings, and they would ask me if they could hire you. You were not even 10 yrs old. Smart as a whip, creativity bursting from you on every level,” she wrote.

YOU MAY ALSO LIKE: Heavily Pregnant Kelly Rowland Works Out As Due Date Close

“Harry, you’ve taken a piece of my heart. We never judged each other. Our ship was always honest. Too young.. to go. I will love you unconditionally always, and I know [late designer Azzedine Alaïa] and [late Vogue Italia editor Franca Sozzani] will take care of you on the other side! Where we will meet and be in joy once more.”

And she wrapped it up with, “Your godmother.”