Drake sparked mixed reaction on social media after he showed off his new hairdo over the weekend as some believed it was photoshopped and others hailed the rapper’s new style.

Only if Drake knew what was going to come after sharing his new look as most comments didn’t favour the “Laugh Now Cry Later” rapper who posted a photo of his flippy new flow with a heart shaved into his part.

YOU MAY ALSO LIKE: Emma Stone And Husband Dave McCary Are Expecting First Baby Together

Some followers and fans believed the look was real, while others claimed it had to be a Photoshop piece.

Drake, 34, captioned the picture on his Instagram story over the weekend, “Big #Mood,” but was quick to delete it after it attracted unexpected comments.

A Twitter user commented, “Even Drake’s hair has feels.” While another questioned, “Why does Drake’s new hairstyle look like 2010 Justin Bieber?”

“Can someone just please tell me that isn’t Drake’s real hair before I lose my mind,” someone said.

A person believing to be a big critic said, “3 days into 2021 and Drake out here looking like a member of Big Time Rush.”

Some others in their comments took the rapper’s side with one saying, “Drake’s hair is hard you guys are buggin,” said one person. And another asked, “Who trying to bleach a heart into my hair like drake?”

YOU MAY ALSO LIKE: Inside Kris, Kendall And Kylie Jenner’s $450K A Month Aspen Rental

Although the longer locks quite look like a photoshop, the Drake likes wearing heart symbol on his head. Like in November, he created a heart design on his shaved head, a reference to his upcoming album, “Certified Lover Boy.” 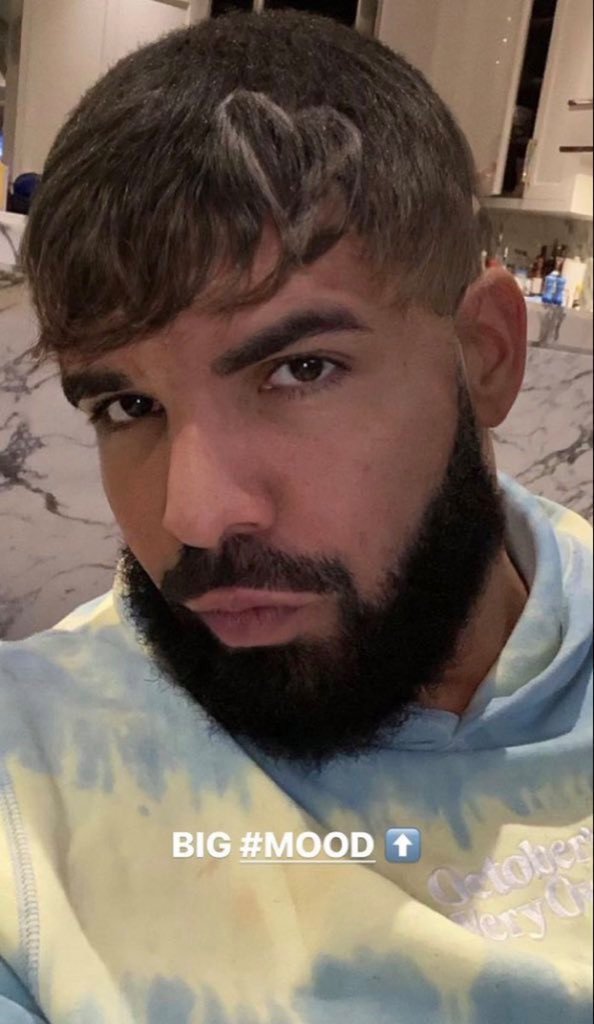