Even though the US version of The Office has been off the air for years, its familiarity and light brand of workplace comedy has kept it atop the streaming charts ever since. However, now that NBC has a streaming service of its own, it’s snatched the subscription streaming rights back, removing The Office from Netflix as the calendar turned over from 2020 to 2021.

YOU MAY ALSO LIKE: Sony Said It’s Launching The PS5 In India On February 2nd

If you like watching The Office over and over again, you live in the US, and you already have Peacock, either as a standalone subscription ($5 per month with advertisements or $10 per month ad-free) or as part of your Comcast package, then you’re all set.

Otherwise, you may have some decisions to make. Is switching subscriptions — or adding another one to a list that probably also includes services like HBO Max, CBS All Access and Disney+ — worth it to you? Peacock does have other content like Parks & Recreation, and just launched its Saved By the Bell reboot to positive reviews.

If you really only want to watch The Office, then maybe it makes sense to get off the shifting sands of licenses and streaming services, and simply buy the show. Snagging the series on Blu-ray for HD viewing is expensive at $120, and sold out at every store I could find.

The DVD edition is cheaper at $50, but 480p is a tough ask. Your best, and cheapest, bet may be buying a digital copy, as The Office: Complete Series run is available from retailers like Vudu or Apple’s iTunes for $30. 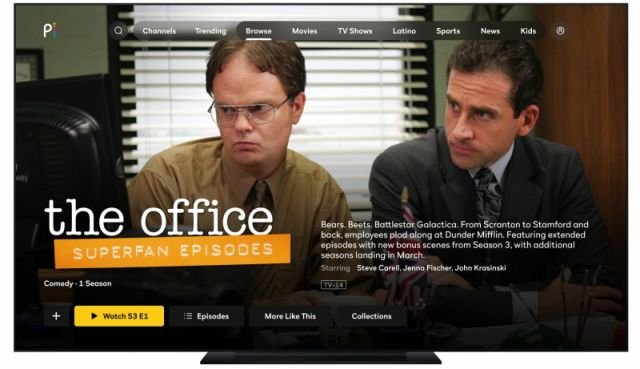 If you don’t want to pay at all, Peacock is streaming the first two seasons for free and has posted some of its add-on content on YouTube for you to enjoy, with more coming over the next few days.

YOU MAY ALSO LIKE: Kim Kardashian’s Son Saint West Cuts His Own Hair With Scissors

For paying subscribers, there’s considerably more, with curated episodes featuring each character’s best moments, and even a 24/7 channel dedicated to the sights and sounds of an office environment. They’ve also added some behind-the-scenes extras and extended-cut “Superfan” episodes that add previously unseen footage.