Dwayne Johnson “The Rock” is officially recognised as the most followed American man on social media. He has over 200 million followers on Instagram. The Rock’s fame follows his lead roles in blockbuster movies and as a former WWE member. 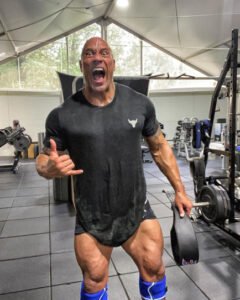 The superstar’s Instagram page is littered with gym selfies that show just how he got to be known as “The Rock.” He does a real gym, with no play. 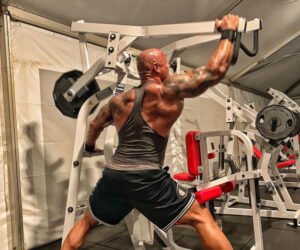 Mr Johnson proves to his followers that there are no reasons to give fitness and family the second place in his must-to-do-list. “Though I’m on my honeymoon after I put all my girls to bed – I’m hitting the iron and getting after it. No excuses,” he once wrote after dropping photo. 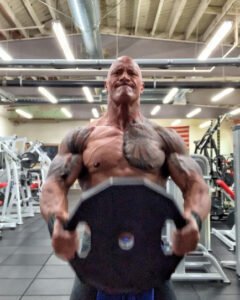 Most of his picture shows action with him pumping iron at the gym room, a routine he maintains at all cost, not minding what comes his way as a distraction. 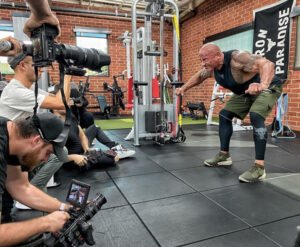 How will you appreciate him without seeing the extra effort to maintain the name “The Rock” the simple reason he loves the cameras around when working out. 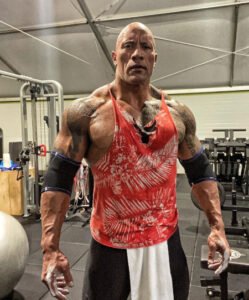 The superstars’ fans enjoy watching his growing big process as he always drops photos of him gyming, and that has been part of the reasons for the millions of followers on social media. 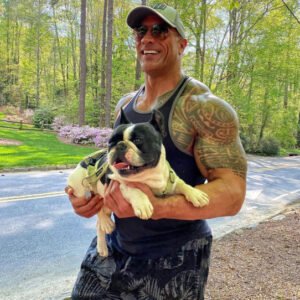 One of the things Dwayne Johnson loves so much aside lifting iron is lifting pets, and he has a good number of them around, and always pose for shots with them. 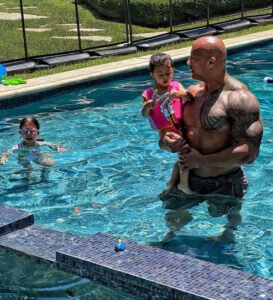 One undeniable fact about The Rock is that he loves his girls like nothing else, he works to balance work, lifting iron and playtime with his girls. How nice!